Scientists and engineers in RAL’s Hydrometeorological Applications Program at the National Center for Atmospheric Research are collaborating with the U.S. Army Corps of Engineers, the Bureau of Reclamation, and the University of Washington to generate high-quality, probabilistic gridded meteorological fields that reflect uncertainties in historical meteorological datasets. These datasets are useful for global climate model evaluation, hydrologic model parameter estimation, and hydrologic model data assimilation. For example, during the Mississippi River flood of 1993, two areas in the central U.S. showed heavy precipitation: the flood region and the Gulf coast (top panel in figure). Precipitation in the north of the domain was more spatially uniform than precipitation along the Gulf coast. Areas with highly spatially variable precipitation measurements will have larger uncertainty when interpolated to a grid. The ensemble is able to capture these differences as shown in the bottom panel, which displays a measure of spread in the ensemble of precipitation estimates. 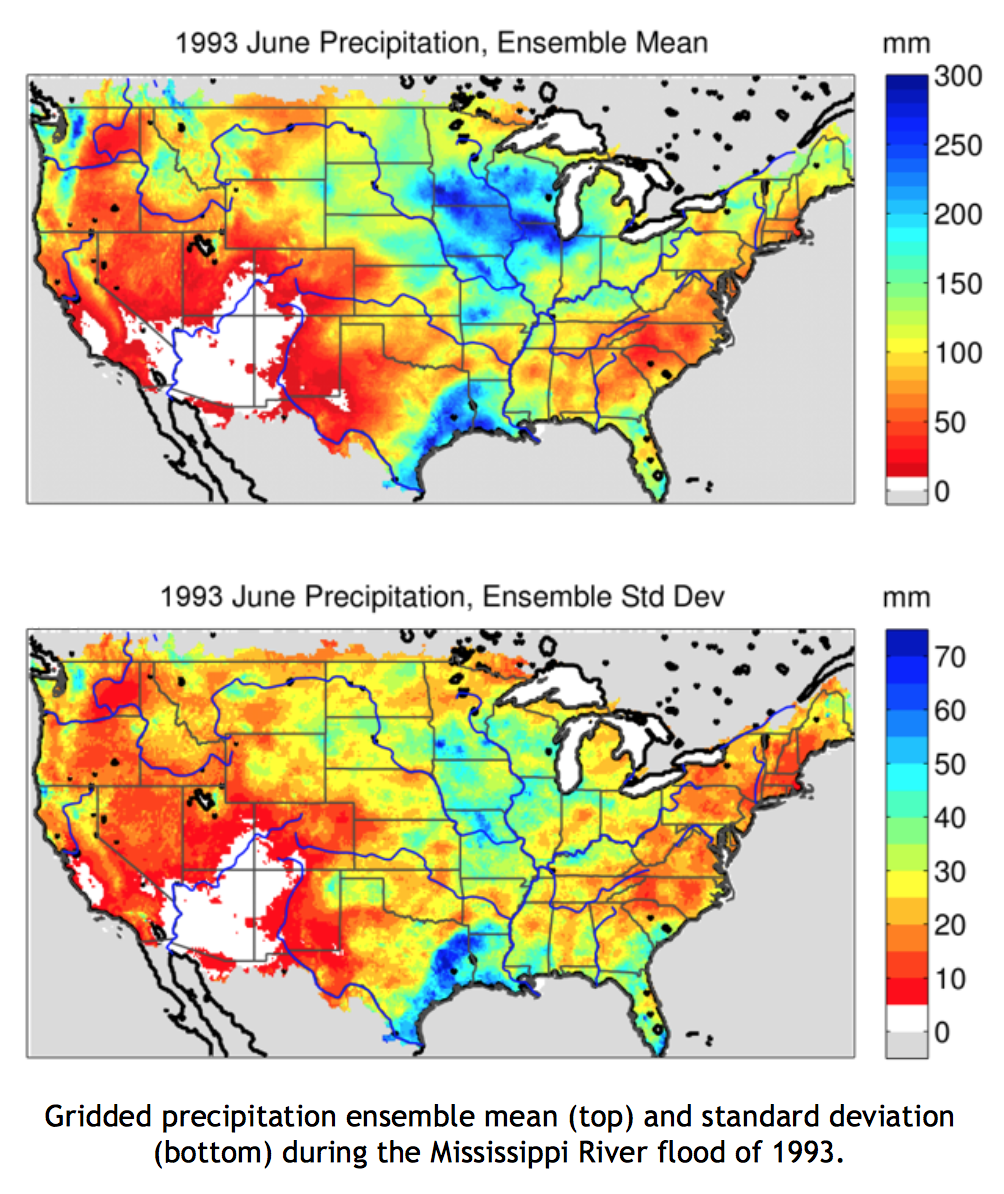 2-Pager (same info as this page) 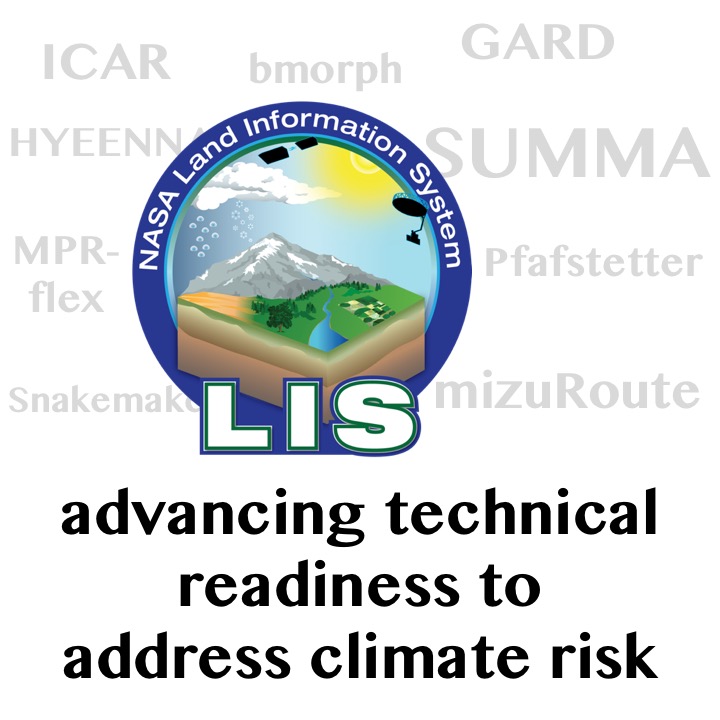 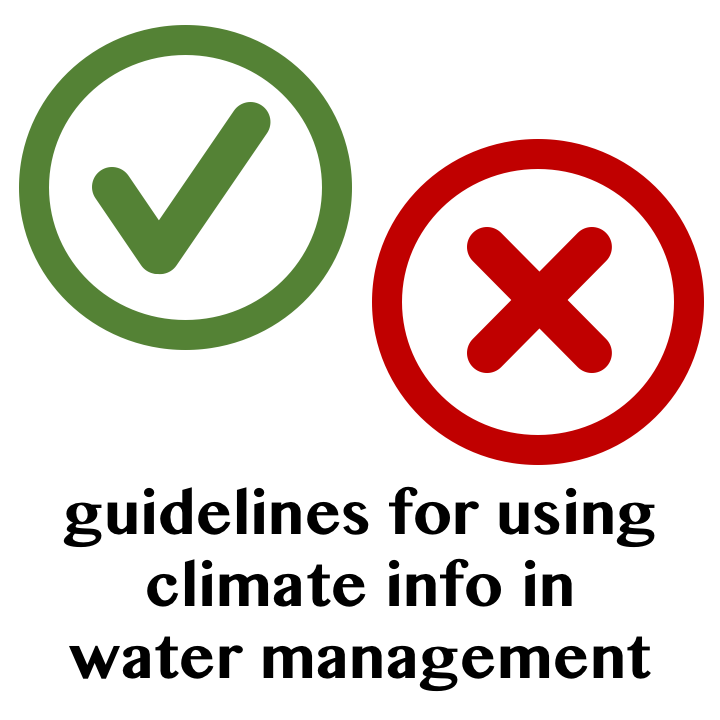 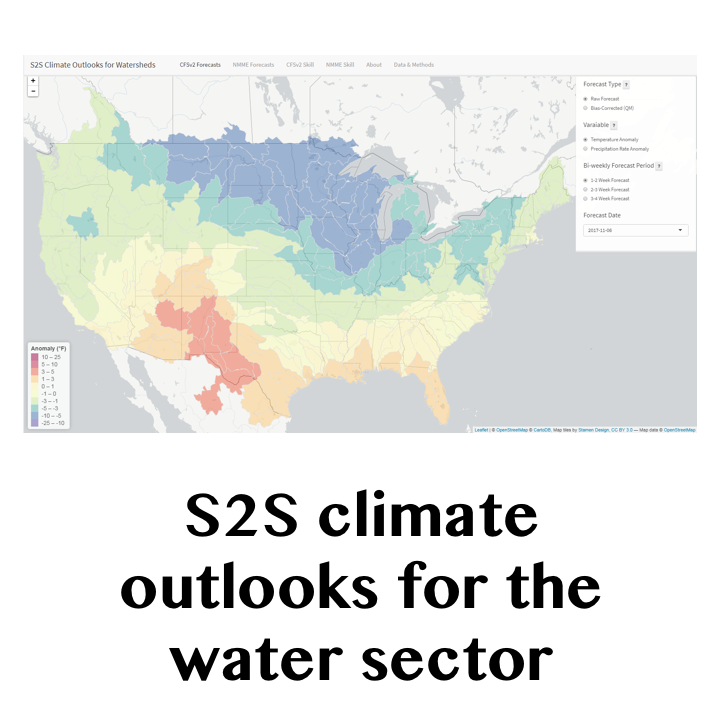 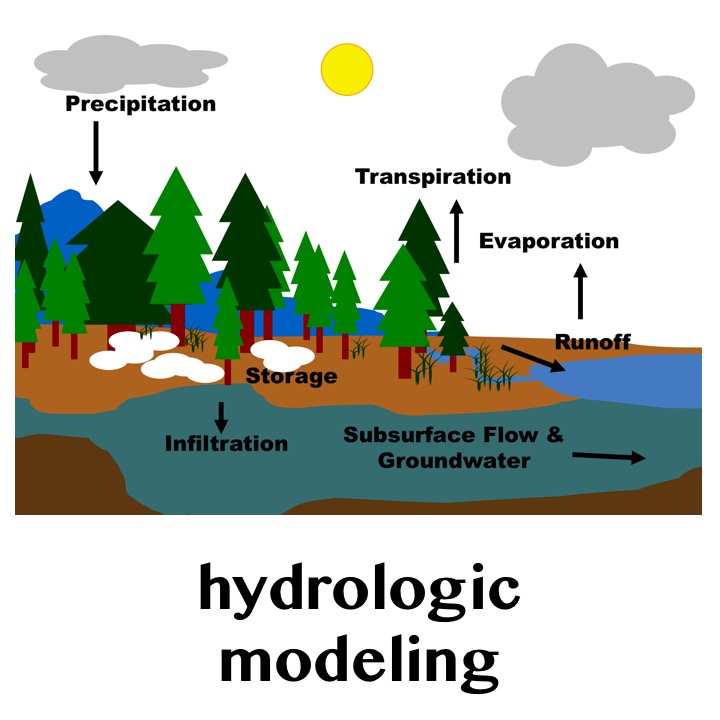 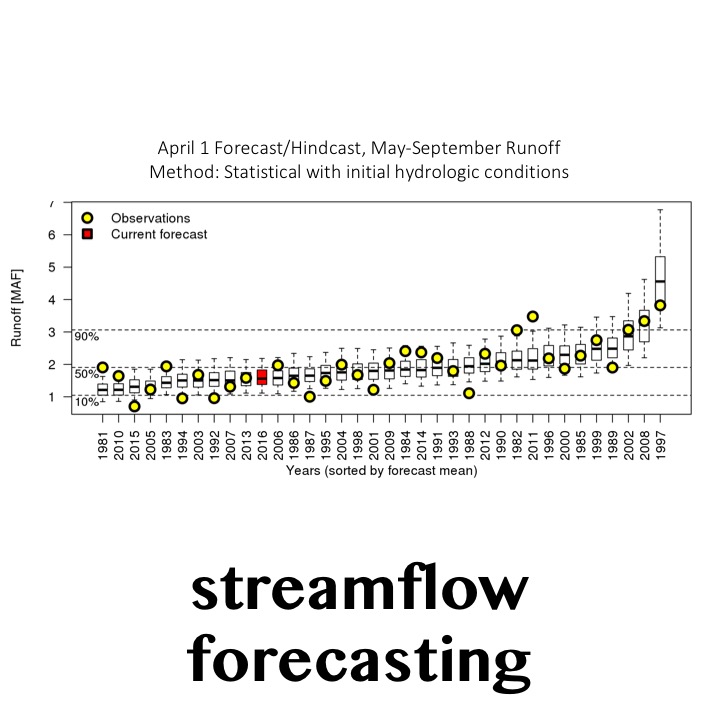 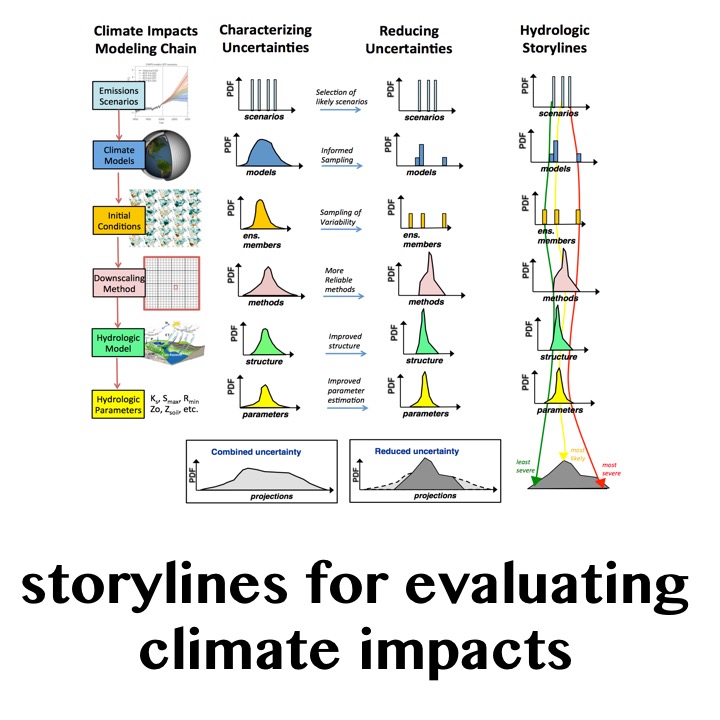 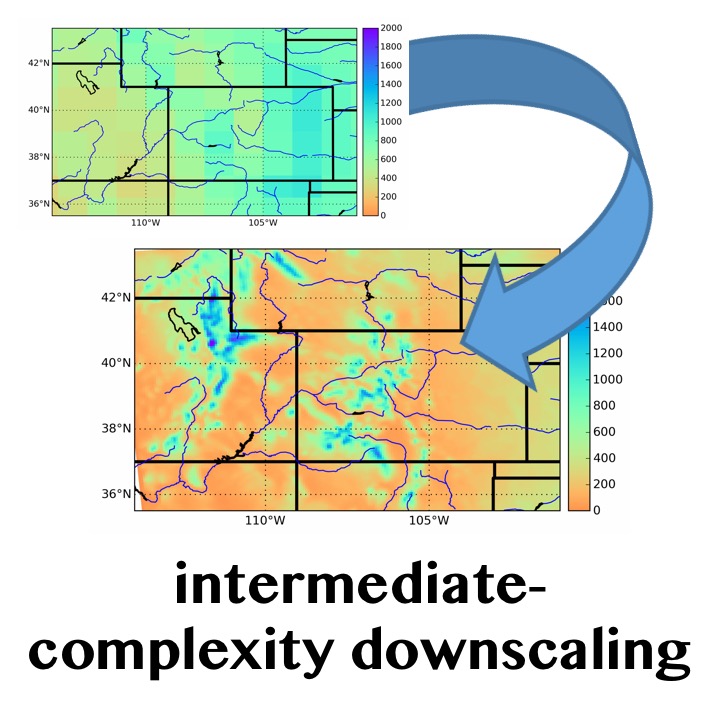 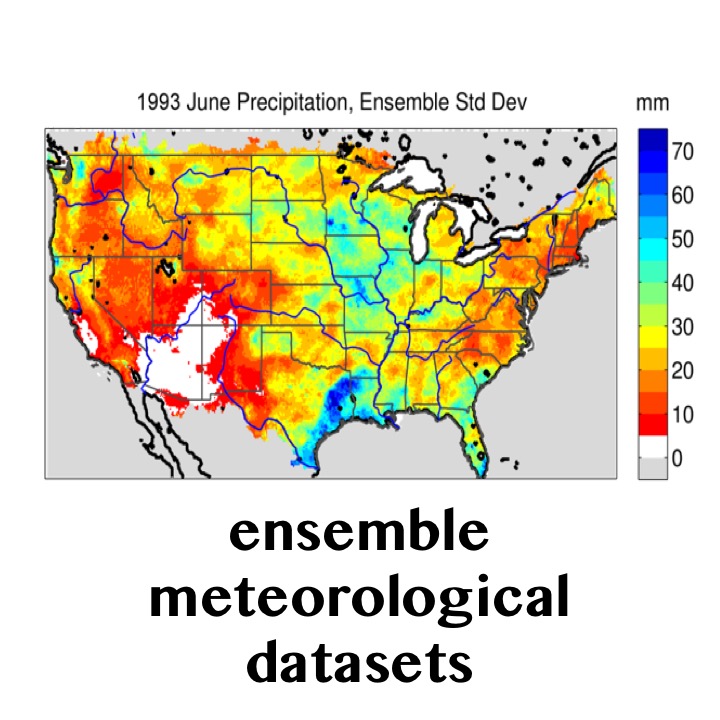 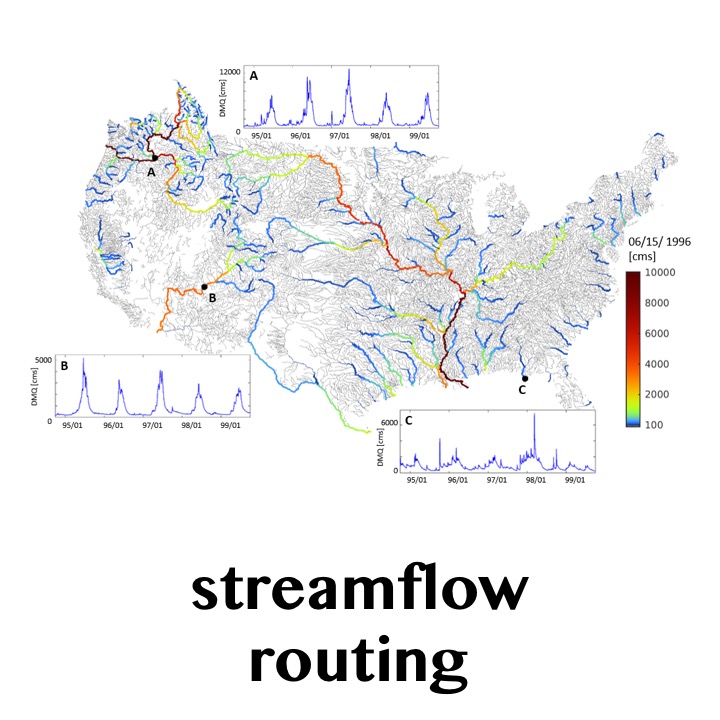 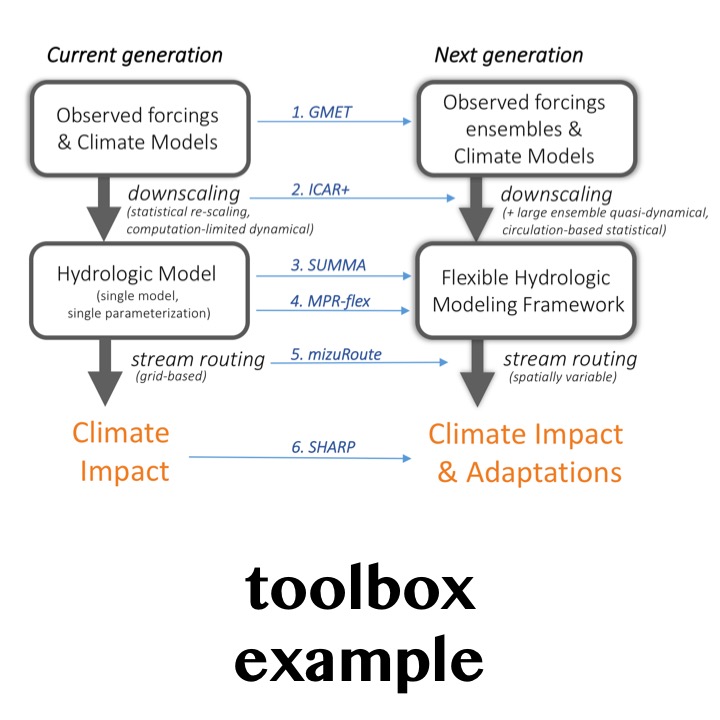